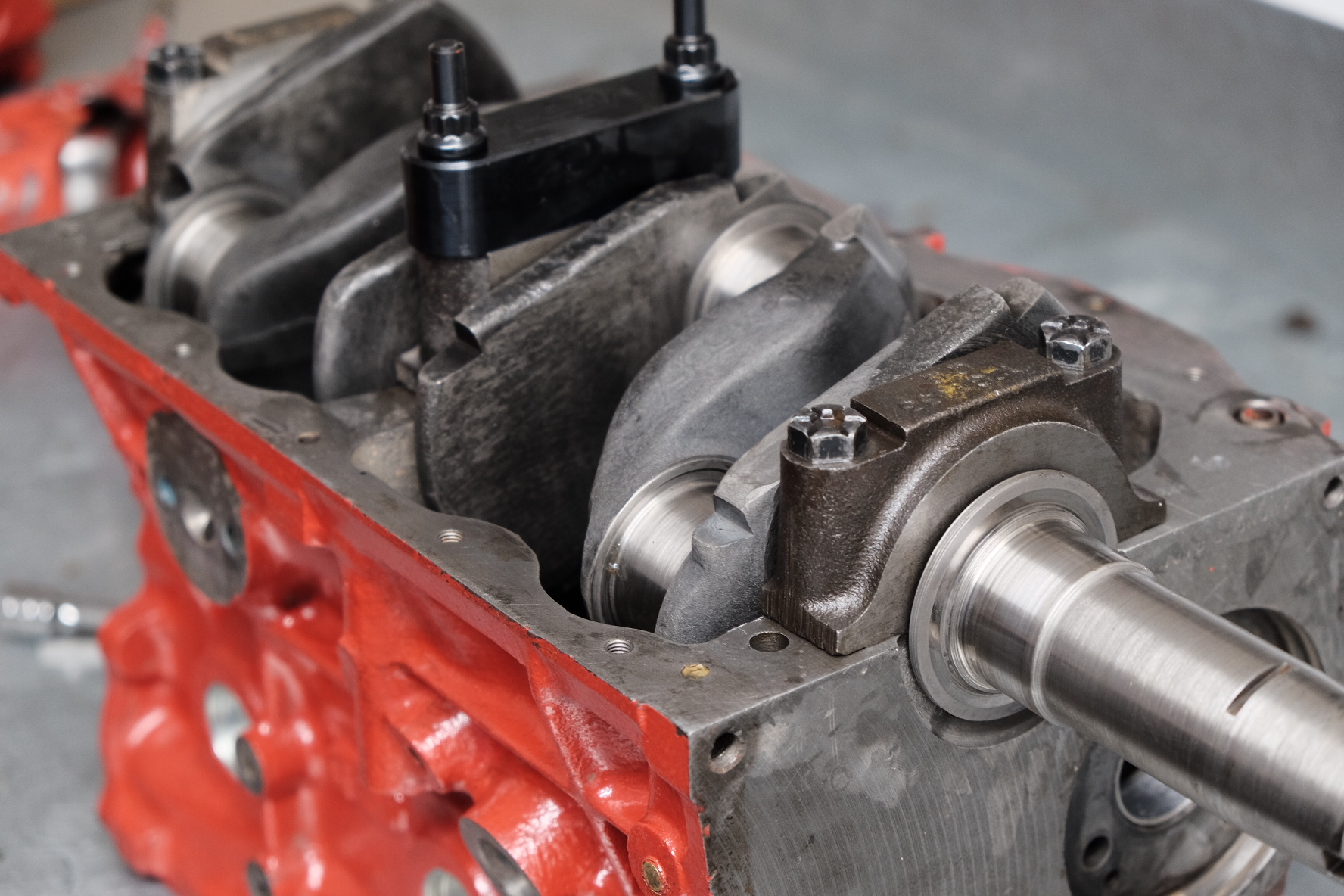 We’ve had a run of classic Mini engine rebuilds lately. Both of these started life as standard 1275cc engines but have been brought up to fast road spec. They both have head work, a camshaft upgrade and roller tip rockers. Both crank assemblies have been balanced including the pistons and con rods. The red engine already had the machine work done but for the green engine we used Southern Rebore Services. They rebored the block to +.040″, ground the crankshaft and refaced the cylinder head.

We are looking forward to seeing them on the rolling road once installed in their respective Minis. If you require a classic Mini engine rebuild, don’t hesitate to get in touch. 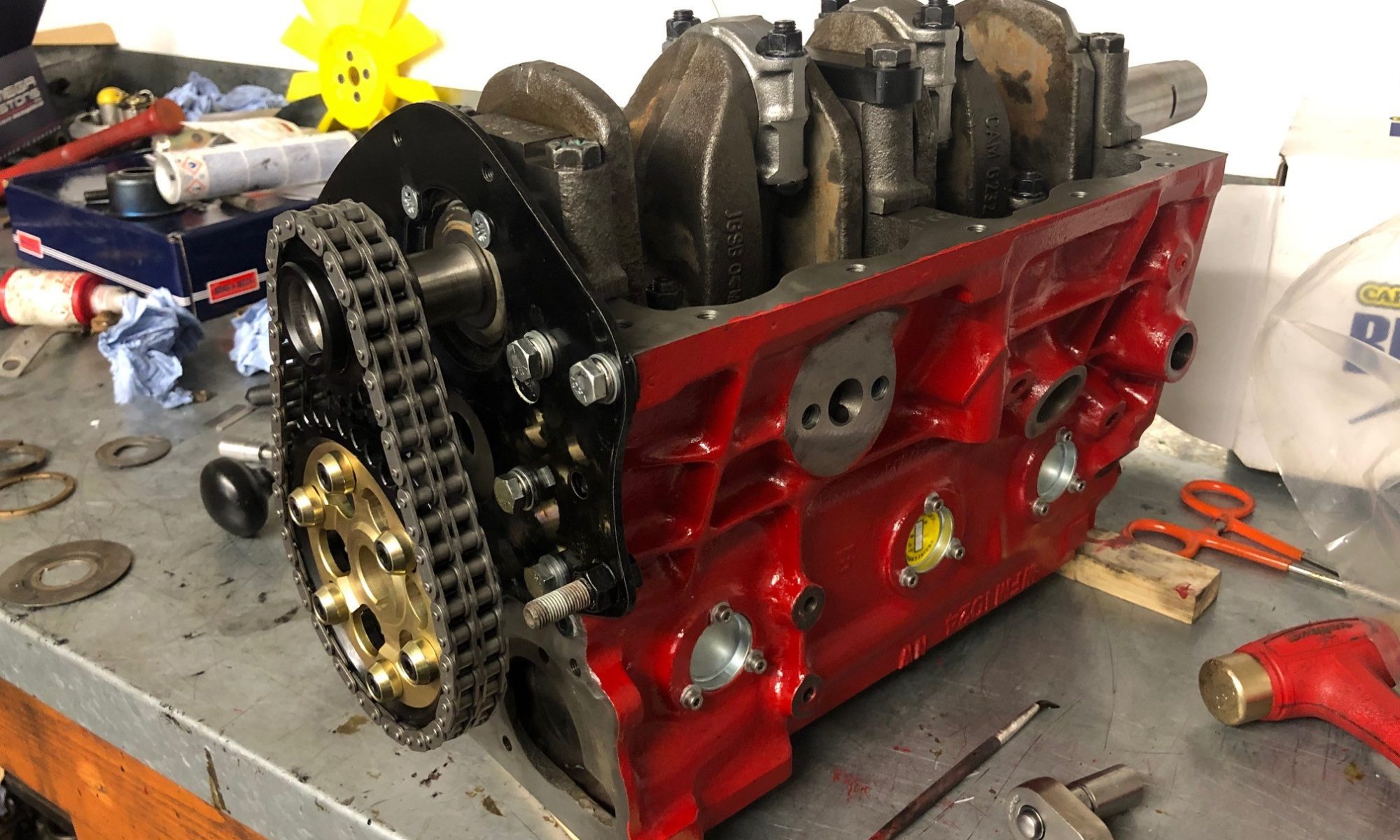 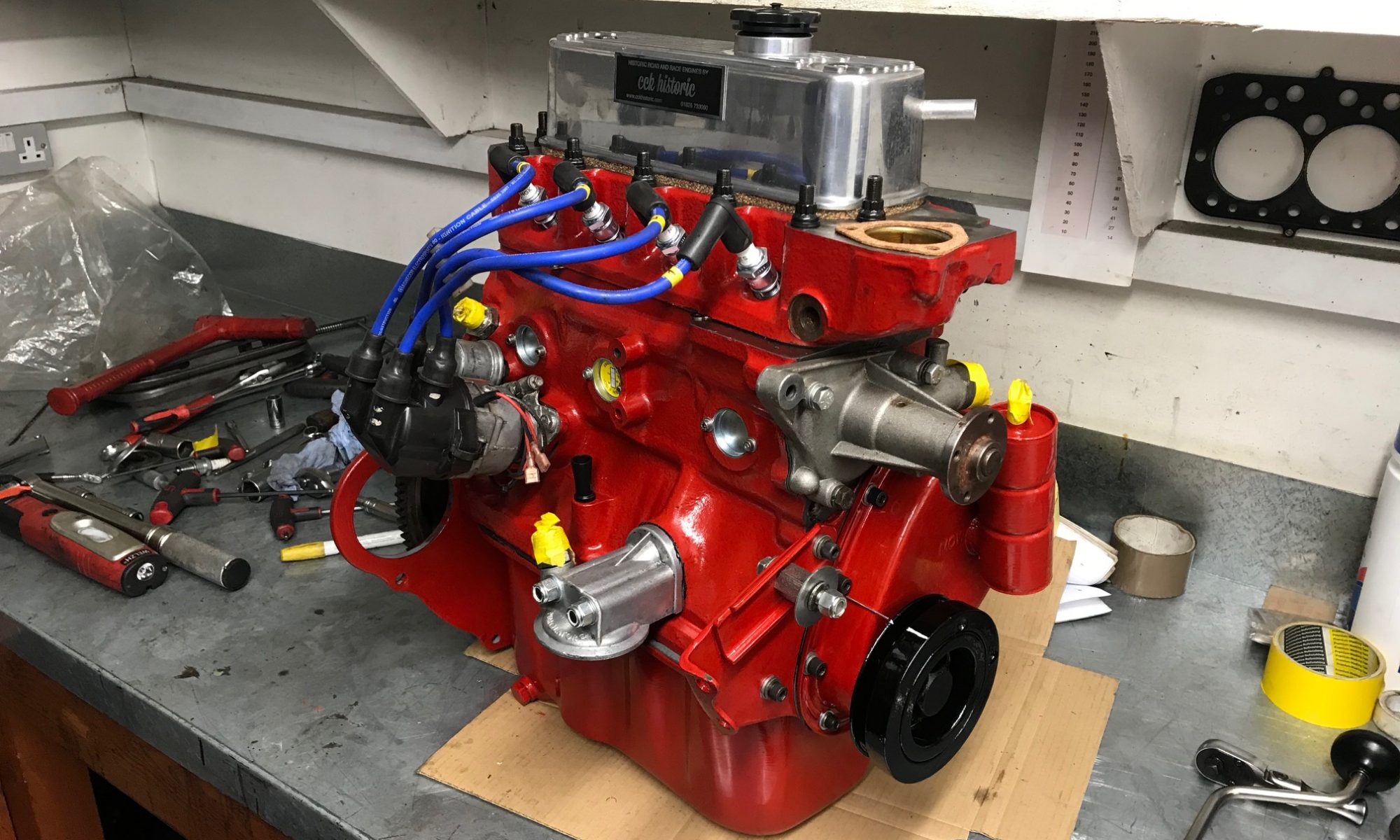 One of the engines we’ve been working on this winter is this 1380cc race engine build for an MG Midget. Last season the owners previous engine failed, somewhat catastrophically. With a new block sourced we built up a new motor using some of their existing components including their already race modified cylinder head.

We carried out the offset boring to 1380cc at our in-house machine shop, Southern Rebore Services. Piston are light weight slipper type and the con rods are billet steel. The rotating assembly was fully balanced prior to assembly. Next, we installed a Swiftune camshaft and vernier timing gear. The cylinder head was rebuilt and fitted along with a set of 1.5:1 roller tip rockers. Once this 1380cc race engine is installed we will get the car on the rolling road. 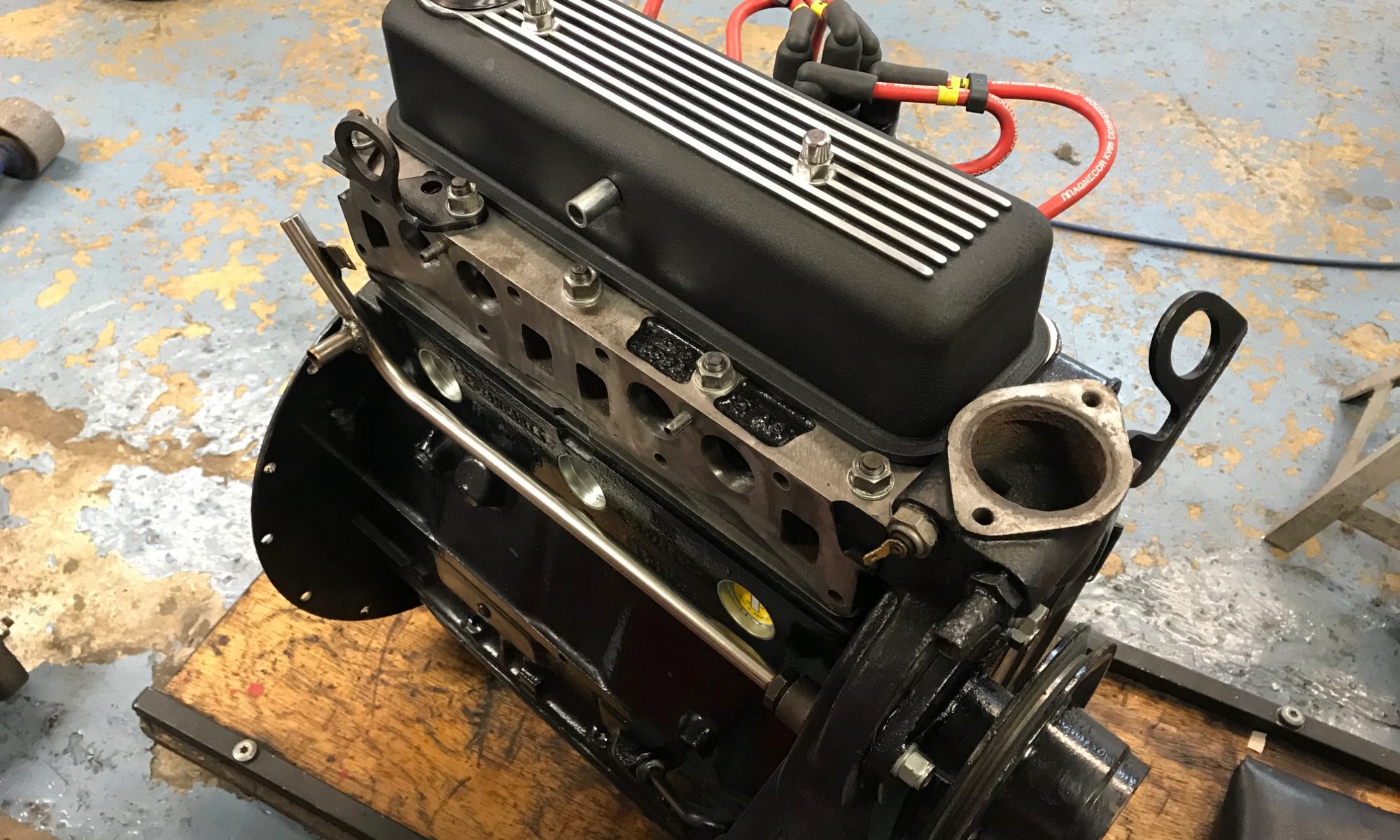 We’ve just finished the rebuild of this fast road engine for a locally owned Triumph Spitfire. Southern Rebore Services carried out the machining work. It’s the 1500cc variant, however, its had some cylinder head work and a fast road camshaft. This should make for a more spritely drive. The gearbox and overdrive have also been fully rebuilt. This should be be great fun to drive. 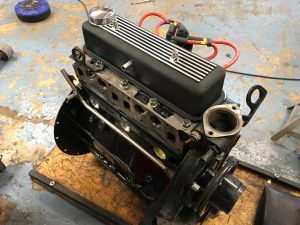 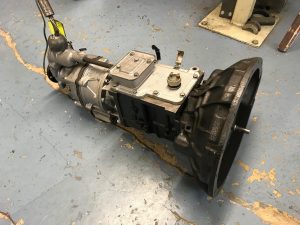 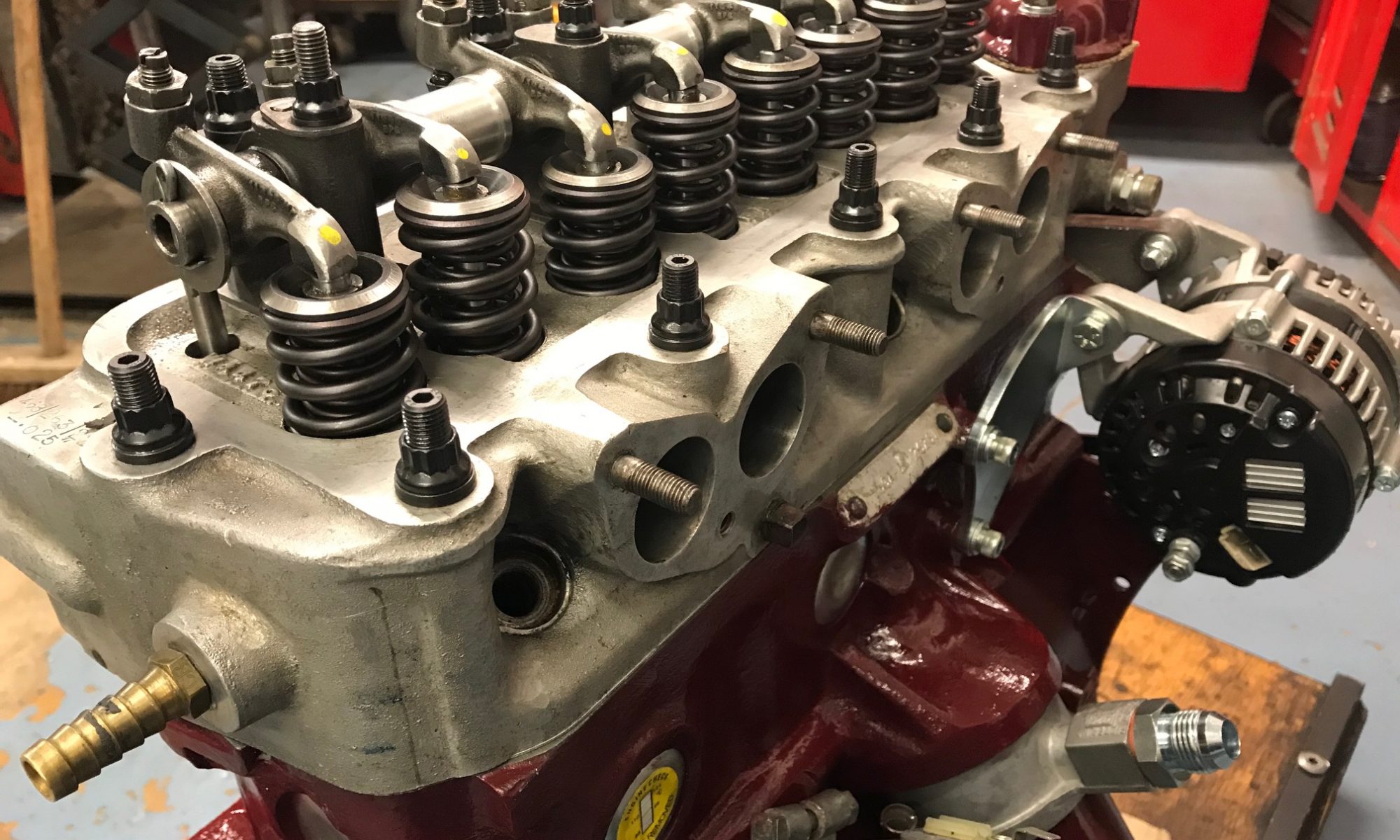 We’ve finished a fresh TVR Grantura Mk2 race engine build. This is an FIA specification 1600cc BMC B-Series engine. This type of B-series would have originally come from an MGA. TVR used the 1600cc in the Mk2 Grantura before switching to the 1800cc variant from the MGB. This one is fitted with the aluminium crossflow Derrington cylinder head as homologated on the TVR. Once back in the car it is due to race at the Spa Six Hours event in September. 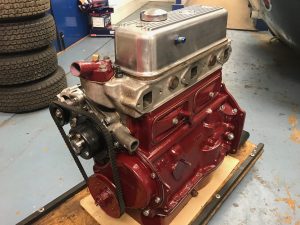 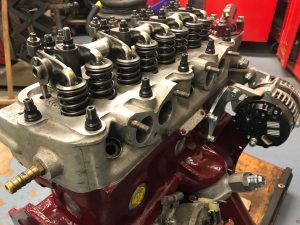