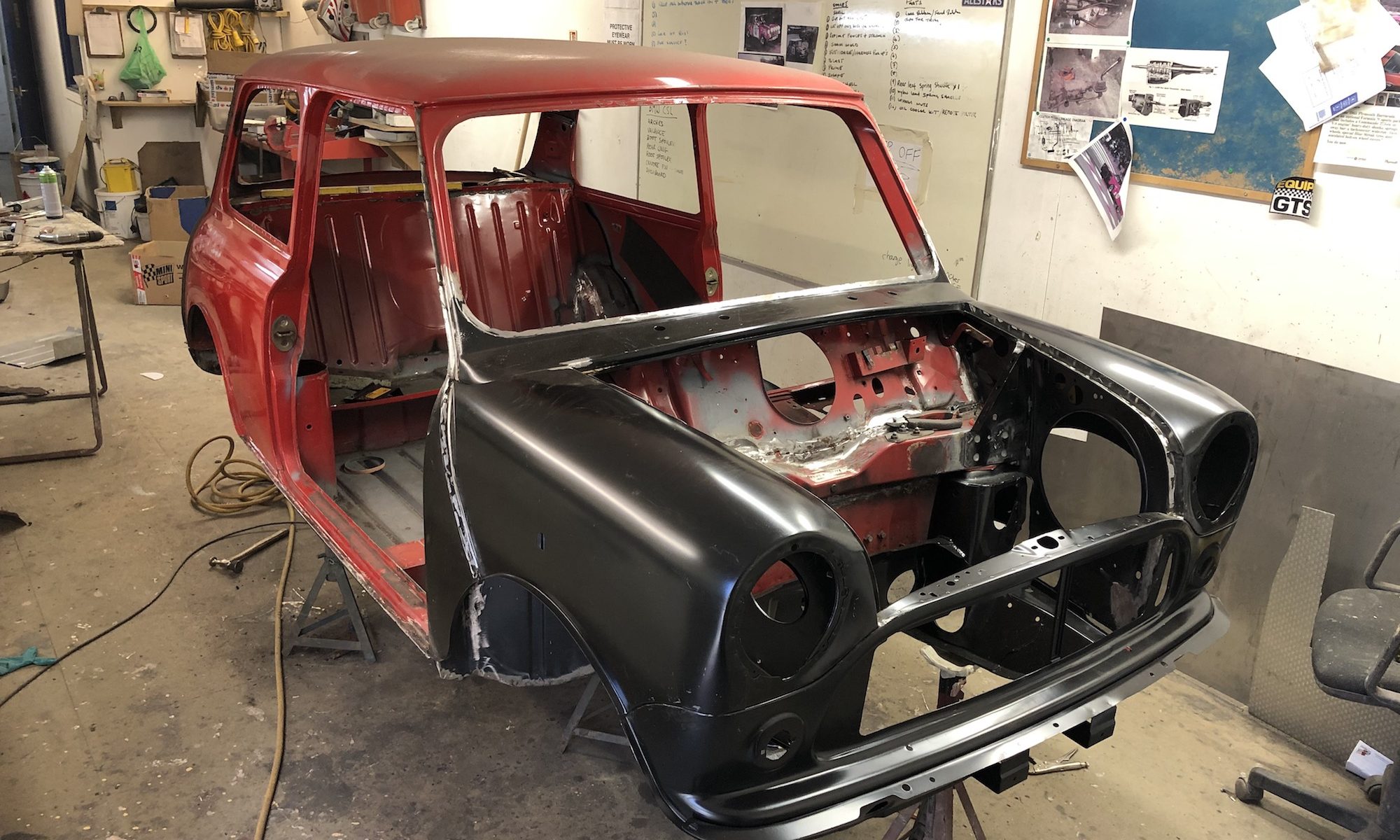 We’ve begun work on a Group A Classic Mini Cooper Rally car build. Our customer has supplied a relatively tidy 1994 Mini Cooper body shell from which to build it. Once complete the car will feature a full rally modified 1293cc SPi engine.

First things first we must restore the body shell. Thankfully the original body was relatively rust free. The worst rust was in the front floor area. Most Mini’s require new front end panels as these are prone to rusting. In addition we’ve had to replace the out sills, rear valance and repair the floors and bottom edge of the rear panel. We are also installing a full roll cage and reinforcing the body with seam welding. Most of the parts for this build are being supplied by Mini Sport.

The body will be painted in the original Rover Flame Red with white roof. The car will be built to the FIA Group A regulations of 1994 just like the car Paddy Hopkirk used when he returned to compete in the Monte Carlo Rally. More updates on this Classic Mini Rally car build to follow. Next up, the 1293cc rally mini engine build.