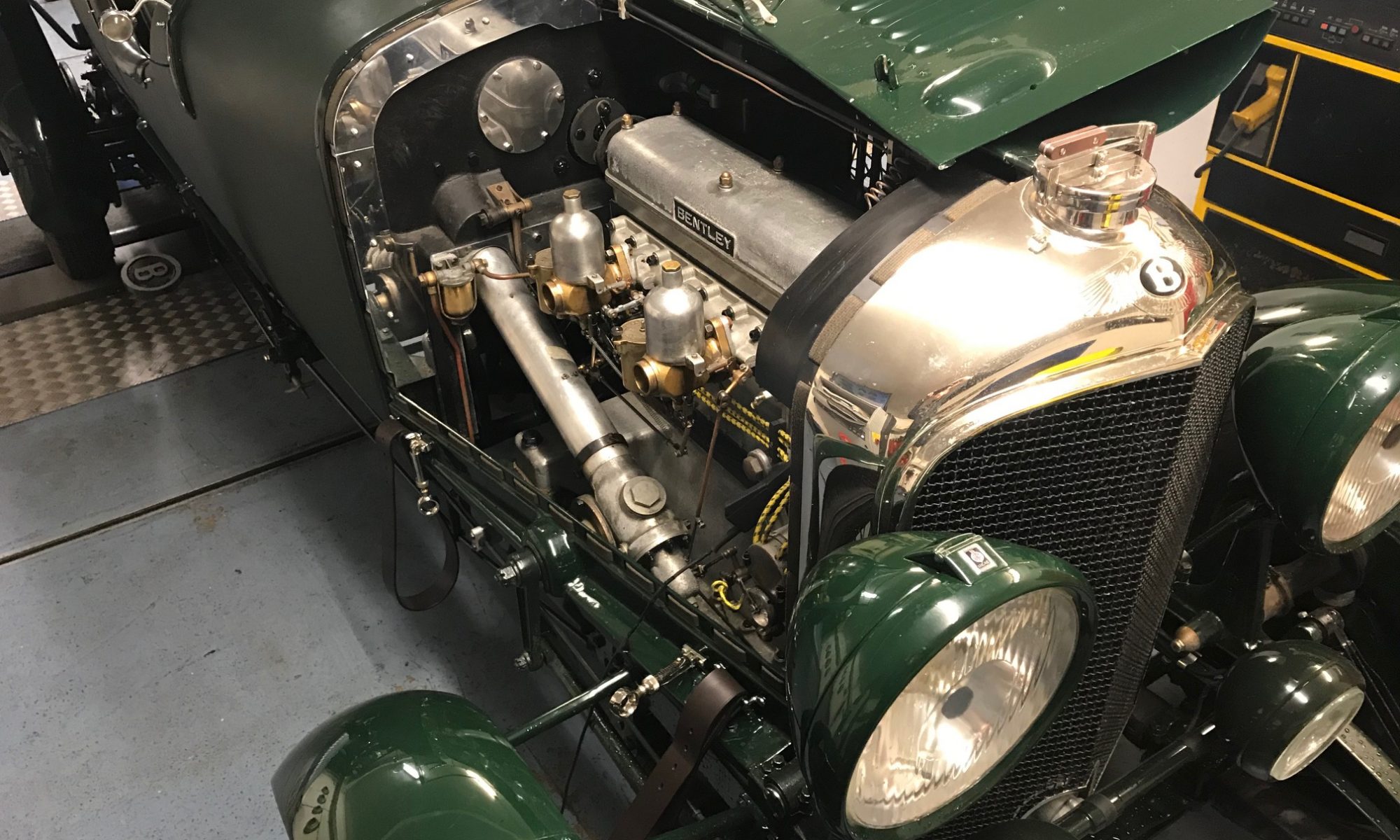 A beautiful prewar Bentley 4 1/2 litre came in for repair this week. Although it was recently restored it now refused to start. The owner also wanted to get the car on the rolling road. We checked the usual suspects, fuel and spark. Both of which were present. However, the spark plugs were pretty black so we put a new set in. Further investigation revealed that the needle valve in the float bowl of the rear carburettor wasn’t seating. This meant that fuel was pumping straight through the carburettors jet and into the engine. We removed the float bowl to strip, clean and reassemble it. Problem solved. Additionally, we found a fuel leak from the bottom of the SU carburettors jets. A new set of seals was required and once fitted, the leak ceased.

Lastly, we strapped the big prewar Bentley onto the rolling road for tuning of the SU carburettors. The tune was not bad but after come fettling of the needles it was spot on. The engine is still pretty new so we limited the RPM. Now that the Bentley starts and drives the owner can get back to running it in with the knowledge that the fuel mixture is correct.